Enthused to read the News about our friend & longtime associate Kristopher Carter (music composer for our neo-noir film YESTERDAY WAS A LIE, and my directorial debut film THE MARRIAGE UNDONE written by Jim Morgan) who is nominated for a Primetime Emmy this year in the Outstanding Music Composition for a Series (Original Dramatic Score) for the “Batman: The Brave and the Bold” episode “Mayhem Of The Music Meister” – HOORAY Kris!!!~sb

NORTH HOLLYWOOD, Calif.–It’s a wide-open race for music Emmys this year, with many first-time nominees in all five categories for composers and songwriters whose work appeared during the 2009-2010 season. Nominations were announced this morning by the Academy of Television Arts & Sciences… 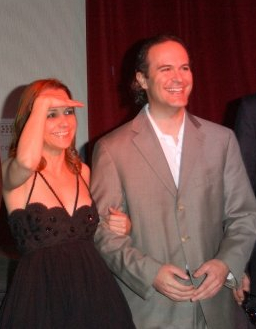