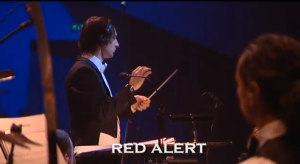 i dream,
i weep,
i drown,
i swoon,
i envision an adventurous scenario
that evolves into a monumental story
in my mind’s eye.

Atlantic Jaxx Recordings & Basement Jaxx are pleased to announce the release of a new orchestral project in collaboration with the Netherlands’ Metropole Orkest and renowned London conductor and arranger, Jules Buckley.

The project features a full sixty piece orchestra along with a twenty voice choir and sees the Metropole Orkest perform classical and contemporary orchestral versions of the legendary Basement Jaxx back catalogue.

Kudos to Basement Jaxx for embarking on this marvellous project with the 60-piece Metropole Orkest, the forward-thinking Dutch ensemble, and a 20-voice choir.

The Jaxx’s Felix Buxton has collaborated with conductor/ arranger Jules Buckley on a series of reinterpretations of the band’s material, many of which transform the pieces so comprehensively they are barely recognisable. Switching smoothly between contemporary classical orchestrations, big-band jazz and operatic chorale, the results are frequently breathtaking in their audacity.

Take the delicate, sugarplum-fairy re-imagining of “Bingo Bango”: based around waltz-time harpsichord and raffishly muted trumpet, it becomes as unashamedly widescreen as a Spielberg film score by John Williams, speeding up as it goes along like a Greek or Cossack dance – just one benefit of its being freed from sequencer rhythms.

The full choral glory of “Red Alert” is utterly unrecognisable as the group’s breakthrough hit, particularly when the rhapsodic solo violin emerges, pure and pristine, from the turbulent orchestration. ~ The Independent UK

Basement Jaxx’s music has always hinted at the epic and symphonic, so one can understand the temptation to take things one step further by employing an actual orchestra, Metropole Orkest of the Netherlands, to reinterpret their hits in quasi-classical mode.

The treatments range from Schifrin/Morricone atmospherics to full on Prokofiev/Tchaikovsky bombast, with results which are variable, but the scary choral, Omen-style version of “Where’s Your Head At” is a hoot. ~ The Independent UK

2 responses to “music inspiring my mind’s eye, my heart’s depths”