Mind Bending ~ Outside In / Inside Out

BEYOND 3D ... Transmogrifying Dimensional Illusion. The Tesseract, also called an 8-cell or regular octachoron, is the four-dimensional analog of the cube. The outer surface consists of 6 square faces, while the hypersurface has 8 cubical cells. This Tesseract is a 3D projection of the 8-cell performing a double rotation about two orthogonal planes. Artists and writers have used the geometry of the Tesseract to produce surrealistic effects, for instance in Salvador Dalí's Crucifixion (Corpus Hypercubus), and Robert A. Heinlein's classic science fiction short story "—And He Built a Crooked House—" (1940) in which an earthquake causes a house built in the shape of the net of a tesseract to fold into an actual tesseract. In the film "Flatland: The Movie" a model of a tesseract at the end is used to imply the existence of a physical fourth dimension to the inhabitants of the third. {Wiki} 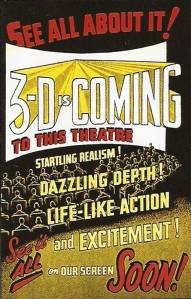 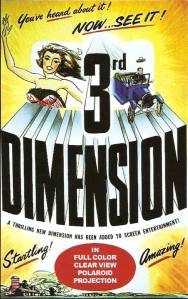 The Rise & Fall of The 20th Century 3rd DIMENSION