Steve Reuther was my first and only mentor in the film business. He gave me my start in 1987 at Vestron Pictures as a consultant, took me with him to New Regency and he kindly and strongly taught me the rules for the next five years. He strategically had me work on his films in varying positions so that i would learn about the different areas of the business. He also hired me to work freelance in the various divisions of his production company so i would be familiar with the entire process from development to screen to distribution and beyond. He let me instruct him on how to use a computer, which others – who knew & worked for him – said he’d never use (but he did!).
~
The biggest lessons Steve taught me about the business (& life, for that matter) were about loyalty, honesty, hard-work and to “pay it forward.” Even when i first started in the business in the 80s, i would try to help others who demonstrated they had these virtues and Steve saw that. I continue to advise and mentor loyal, honest, hard-working people, primarily because of Steve, because it reinforces my Buddhist upbringing and embraces my spiritual beliefs today. He had remained supportive and encouraged me in all areas i have worked in during the last two decades, including the music, television and indie film businesses.
~
I remember how excited Steve was that he was going to be a father (Danielle) in 1989, and i too was excited because i was going to be an aunt (to Sarah Ann). that year was life-changing and career-changing for both of us.  After my youngest brother’s near fatal car accident and subsequent coma for many years, Steve helped me personally through it with books on grief, and he hired me as a script consultant (his eyes/ears) to work hands on with him, Bob Garland, Garry Marshall and Richard Gere during the rewrites/shooting of 3000/Pretty Woman. 1989 changed us both.
~
I had emailed Steve recently because we had planned to have lunch and get caught up. I did not hear back, which was unusual for him with me. I have been so immersed in a rewrite this past year and it has monopolized my time and my thoughts. Today i googled him because i got that “not so good feeling” and discovered this sad news. i totally missed it in the trades (ironically which he taught me i should read everyday) because i was in Washington State & Canada that entire week on film shooting business & family events including my nephew’s (Gabriel) graduation and my niece’s (Sarah Ann) baby shower.
~
I can’t believe he is gone… but then I can – because Steve, for me, will always be the epitome of the «candle that burned too bright» with his work, his family, his friends, his mentoring and his pursuit of happiness.
~
i send my warmest regards to Steve’s family ~ sarah nean bruce 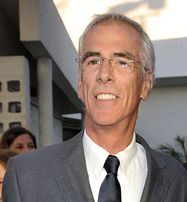 Steve mentored and inspired me to "Pay It Forward"

7 responses to “in memory of my mentor-Steven D. Reuther-who encouraged me to pay it forward”

Wonderful Holiday Week of walks, festivities, and memory-making with my husband, family and the sea 🌊
Downward facing dog Upward facing dog Outward going dog #CaughtOnYI #NotStaged #rescuedogsofinstagram Buddy and Holly
#MustSeeRead YET Another Terrific Review on #SayMyNameMovie we saw & #LOVED @laemmle 06/14. #StrongFemales behind the camera & in front of the camera #PRODUCER_ACTRESS @thelisabrenner & #WRITER_CAMEO @dfdubz Released by @officialdeandevlin #electricentertainment https://popaxiom.com/review-say-my-name-is-a-romance-with-a-dark-sense-of-humor/
beautiful - clear - cold - ferry ⛴ ride today.
«Three Poisons: greed, hatred, and delusion — the primary classes of emotion that cause us to harm ourselves and those around us.» In the early 1990s, shortly after receiving the Nobel Peace Prize, the Dalai Lama sat down for a five-day dialogue with a group of ten Western scientists and one philosopher of mind, seeking a scientific perspective on what Buddhism calls the Three Poisons: greed, hatred, and delusion — the primary classes of emotion that cause us to harm ourselves and those around us. The wide-ranging conversation, the synthesis of which was later published as Destructive Emotions: A Scientific Dialogue with the Dalai Lama (public library), aimed to bridge ancient spiritual practices and modern findings in biology, cognitive science, psychology, and neuroscience in an effort to reveal the human mind’s capacity to transcend its own fundamental flaws. Via #Brainpickings https://www.brainpickings.org/2018/10/16/dalai-lama-science-spirituality-destructive-emotions/
Halloween in Redondo Beach at Riviera Village. Dead 💀 Pirate Walking & Gothic Midnight Faerie 🧚🏽‍♀️ Witch !
Sitting here. Watching seagulls fly over Puget Sound. Feeling calm and warm. Contemplating the universe and consciousness and the history of immortality. Appreciating my husband, and our puppies, and our families. Breathing in fresh salt air blowing in thru evergreen trees. And even thinking about (sweet potato) fries. #visiting #family #summer #PNW 🌊🌈☀️
Wild things and 40°F cooler weather above the 100°F+ desert with family!
> i breathe in > i shift > i change > i breathe out > i am calm > i am peace ~@sarahneanbruce
LA to SD to watch our @Padres vs those Dodgers with my Most Significant Other (ever & forever) Stephen J K … #SDinHD
After traveling, I'm feeling at home here, especially since my fave bartender #MO remembers me! Feeling #FRESCA with my sweetheart…
#RescueKitty NiNa SiMEOWne Settling in to her #FURever Home #furrytale #beginning anew ~ @sarahneanbruce
#HOMEsweetHOME NiNa SiMEOWne Room with a View & kitty sister too HAPPYeverAFTER VOCALKITTY
YAY NiNa SiMEOWne! #LARIVER #VOCALKITTY LAX-SEA Flying to new family a Happily Ever After #FURRYTALE
As some of you know, I love finding small round smooth flat rocks, imbuing them with "hope," then giving them away. Imagine my surprise as I passed a window at the school, where I am subbing, and seeing this big rock in the planter! Twas quite startling, as it is the size of a head. :-D
#iamteaching 6th graders this week! #wearereading this #awardwinning book together
#AMBERALERT Huntington Beach LIC/5UQZ701 CA 2007 White Chrysler PT Cruiser 7/2 6:05pm PLZ SHARE ASAP
Aaaahhh #WiFi Died! Just endured 24hrs of erratic-to-no connectivity. Relieved #MERCURYRETROGRADE is ending… >@sarahneanbruce
#VOCALKITTY #LARIVERKITTY #RESILIENT #NINISIMEOWNE Our Long Lost Princess Nina On another leg of her long trip to her new home kingdom! with #FOSTERLORI now! >@sarahneanbruce
#IAGT: we are here —#ORLANDOHOTEL’S #30TH BIRTHDAY CELEBRATION … a spectacular evening of cocktails, cuisine, and entertainment ~ @sarahneanbruce
%d bloggers like this: